What is Soap and Where Does it Come From?

Soap disperses dirt and grime which is then washed away by water. The CDC recommends you to wash your hands with soap for at least 20 seconds to kill bacteria and prevent the spread of disease. Germs are everywhere and washing with soap is essential for preventing the spread of germs that make us sick.

Soap is a cheap product that can be found in litterally every home in America. But, very few know the actual origins of soap.

Soap was invented by the Mesopotamians who produced a kind of soap by cooking fatty acids with water and a caustic substance. The first soap was greasy and smelly, but, lifted away dirt.

Ancient Romans also made soap, but it wasn't until the end of the Roman era that soap was used for personal hygiene. Up until that point soap was perscribed by doctors for treating certain diseases.

Good smelling, vegetable oil based soaps, were made available to Europe's upper class by Christian crusaders and traders during the middle ages. These soaps were hailed for their mildness and purity. A very popular item among European Royals was a white olive-oil-based bar soap called Castile soap. Today, Castile, is a generic term for any soap that is made primarily of olive oil. 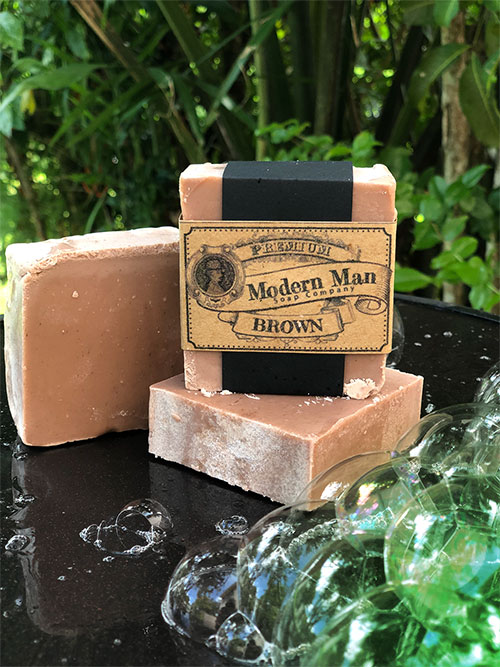 In 1681, in an effort to boost their economy, Scotland encouraged those who possessed either capital or technical knowledge to settle and create new industries. They were given citizenship in exchange for setting up manufacturing or teaching trades to Scotsmen. This is how the soap industry was introduced to Scotland.

In the Statistical Account of Scotland, published in 1796, Mr John Henderson, Minister, states for Queensferry –
The principal manufacture of this place is soap. It was here that first in Scotland the making of brown soap  (made of oil, tallow, rosin and a caustic solution) was brought to its present degree of perfection.
This manufacture commenced about the year 1770 and has since been carried on with varying success. From the year 1783 to 1789 it was a flourishing and extensive trade. There were four large works whish employed from 20 – 30 labouring men and paid an excise duty from 8,001 to 10,001 per annum. In the year 1789 the soap trade in Scotland met a considerable check. It was for some time almost annihilated here. It has since, however, happily revived and is now carried on with great deal of spirit.

During the Restoration era (February 1665 – August 1714) a soap tax was introduced in England, which meant that until the mid-1800s, soap was a luxury, used regularly only by the well-to-do.

During the settlement of the Americas, most Europeans turned away from regular bathing for fear that water actually spread diseases. At this time soap was primarily used for domestic cleaning. It wasn't till the Civil War, when washing with water and soap as a sanitary measure to aid the Union war effort, that bathing for personal hygiene caught on.

Shortages of fats and oils for soap during World Wars I and II led to the discovery of synthetic detergents as a substitute for fat-based laundry soaps, household cleaners and shampoos.

As a result, today's commercially manufactured soaps are mostly categorized as detergents and not soap at all. Commercially available soaps are now synthesized animal fats and plant-based oils, combined with chemical additives, designed to be more appealing to the senses. However they cannot fully mask the mostly foul ingredients, including the petroleum-based contents contained in shower gels.

Studies on how these chemicals effect hormone levels has led to a surge in the popularity of natural oil soap making. Issuing in a new era of soap making. One that returns us to the techniques of the original soap makers from days past.

Regulations set forth by the FDA prohibit bath and body companies from making health-related claims about beauty products. Modern Man Soap Company is not a medical or healthcare professional and does not claim that the use of our products may have a positive effect on pre-existing physical and/or mental health conditions. The information in our listings pertains to the properties of specific ingredients used in our products.